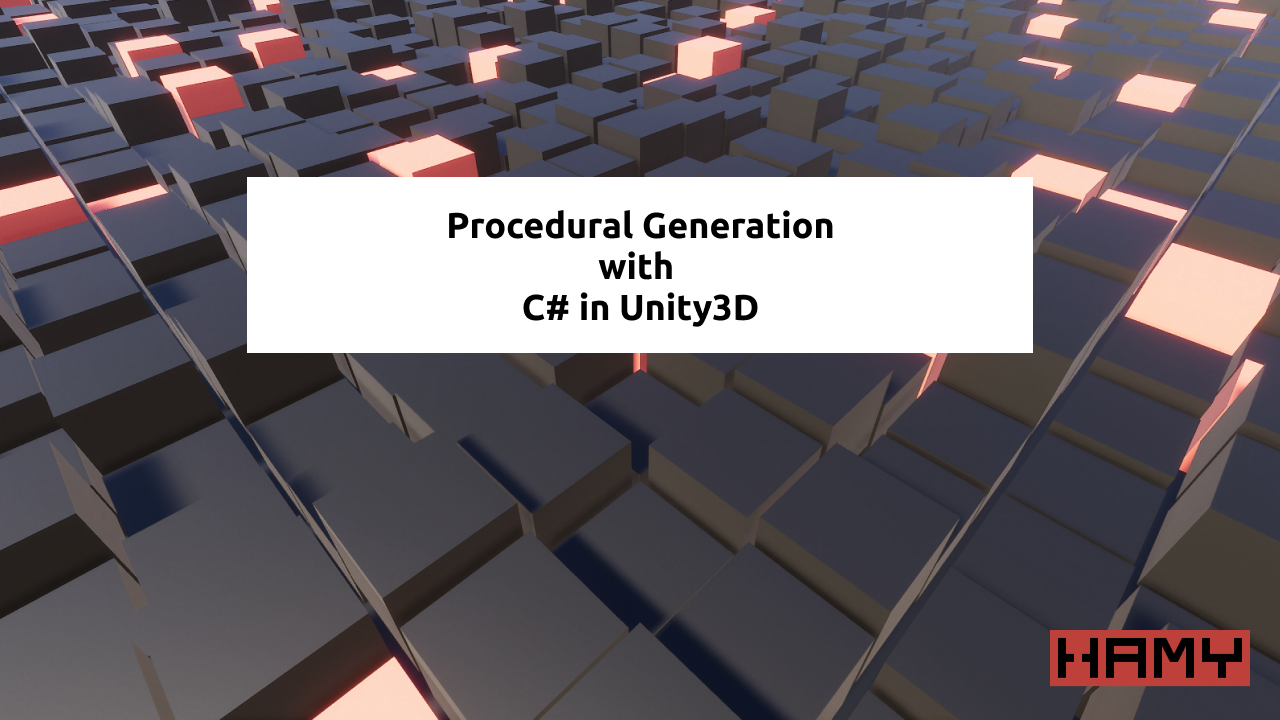 I've been learning about Unity on my journey to better understand the 3D programming space. In this post I'll be sharing a procedurally-generated work I created in Unity as well as the C# code I built it with.

Before we begin, let's define procedural generation. From Wikipedia:

procedural generation is a method of creating data algorithmically as opposed to manually, typically through a combination of human-generated assets and algorithms coupled with computer-generated randomness and processing power.

Procedural generation leverages the flexibility of data and the power of processing to create near limitless combinations of outputs.

Unity's dominating script language is C#. I also happen to love C# so that's what I built this example in.

In the example, we leverage randomness to determine the color and height of cubes we've arranged in a grid (see cover photo). The randomness provides the input data and we use the computational power of code to generate hundreds and thousands of cubes to use it on.