Build a .NET SaaS App in Minutes with CloudSeed 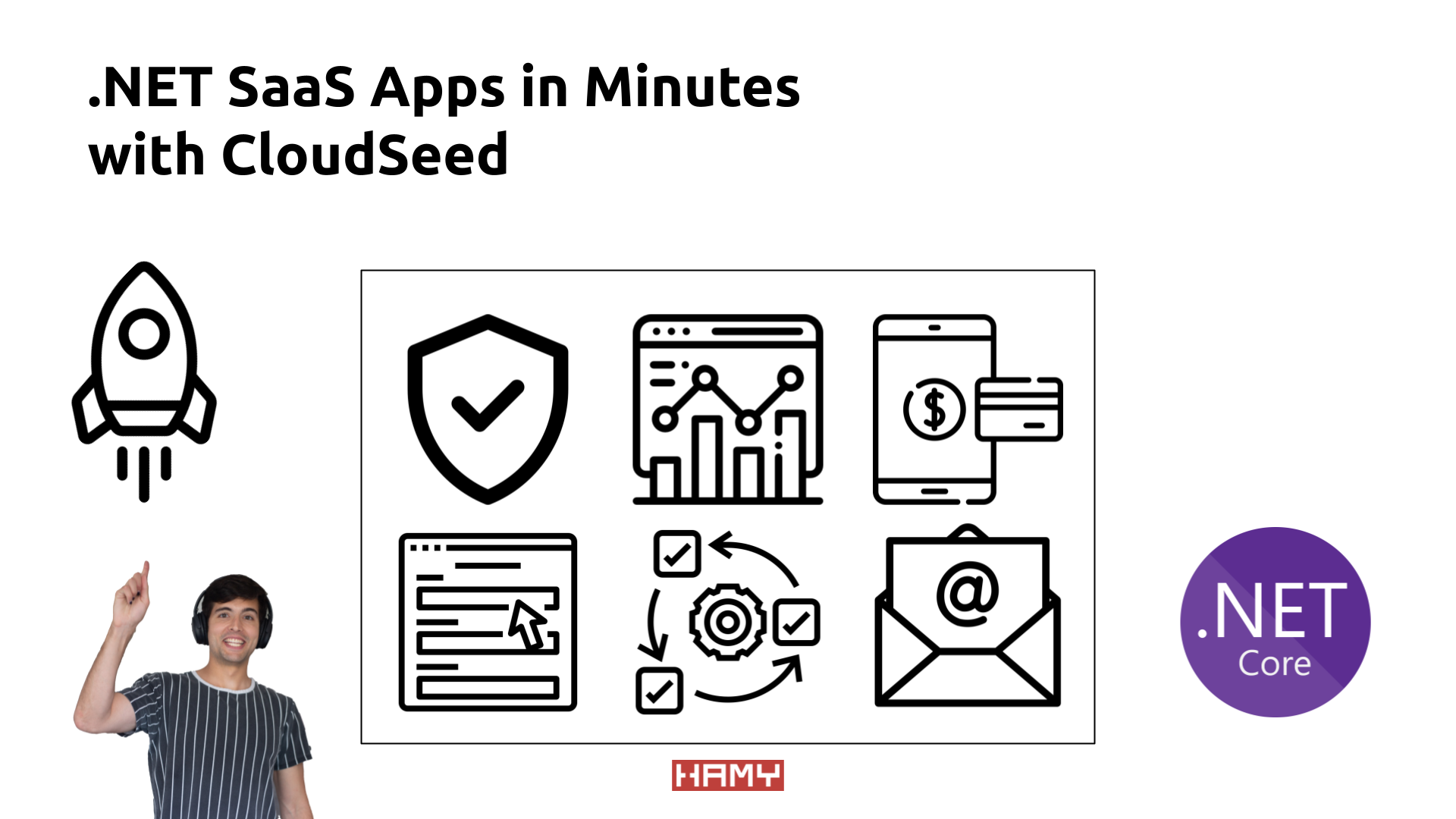 SaaS apps can take a lot of time to build. A lot of this time is sunk into building scaffolding that isn't directly related to your business. Things like Authentication, Payments, Testing Suites, etc can take weeks to build (and months to get right). This means weeks and months spent working on things that aren't actually your business.

We can skip a lot of this work by using SaaS boilerplate that has a lot of this stuff already built. CloudSeed is a SaaS project template for .NET that comes with these batteries included.

I built CloudSeed because I was frustrated with the amount of work I had to duplicate each time I wanted to launch a new business. So it has everything you need to start building a business with C# and .NET:

At the same time I wanted it to be as simple and flexible as possible so that you could use it as a foundation for whatever kind of business you wanted to build - and whatever new technologies you wanted to try.

It stays flexible by integrating with loose coupling - through physical code separation and strategies like Clean Architecture. For example, it's easy to swap dependencies:

The point being that CloudSeed tries to give you everything you need to get started without getting in the way.

Let's set up your next SaaS app - it shouldn't take 5 minutes. 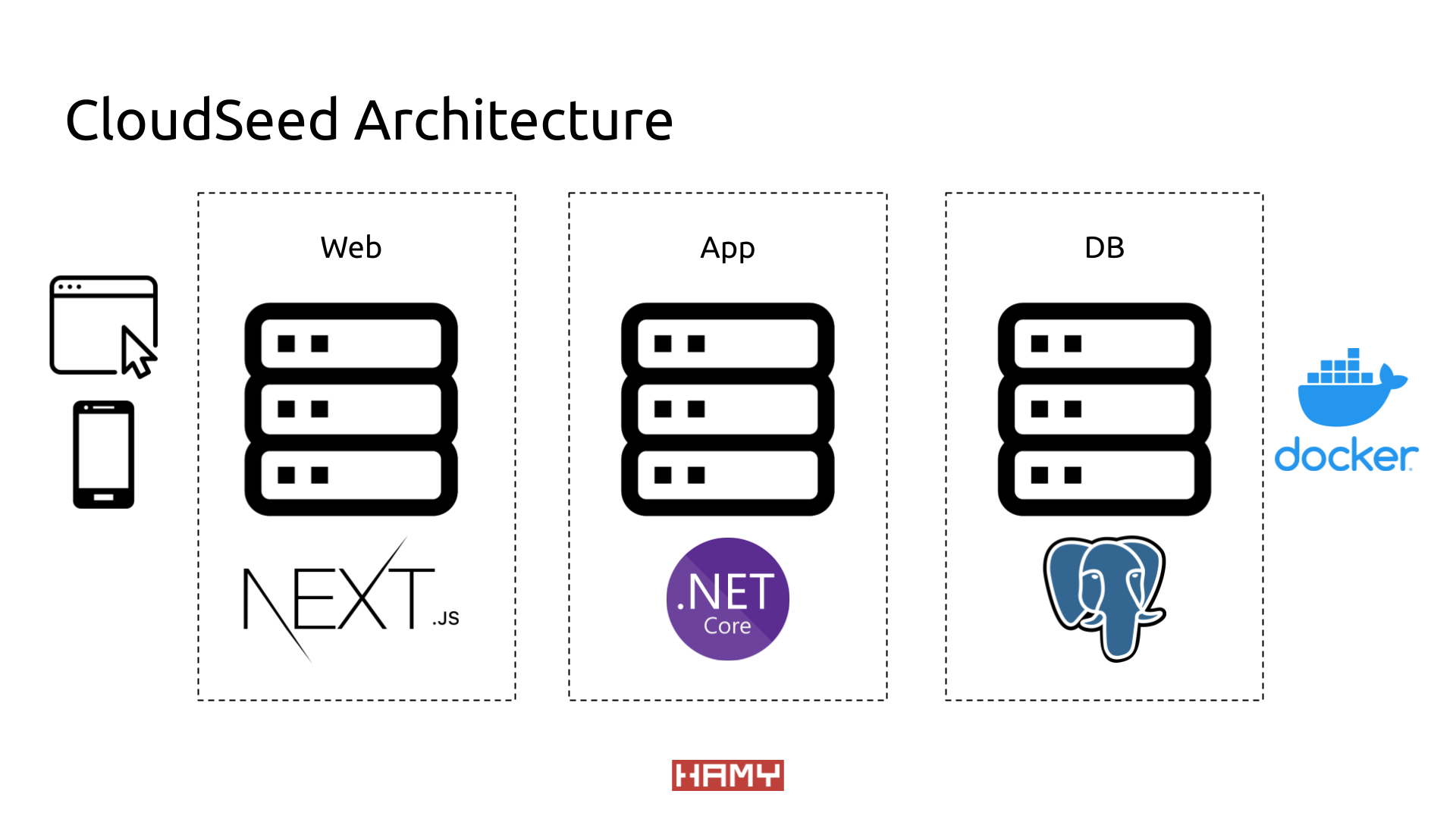 First, grab the code from CloudSeed. You can find a link from your Account Page.

Let's take a brief look at the code. It's split up into 3 major parts:

Together, this gives us a simple, multi-tier architecture that's ready to scale with both your system and product needs. Plus, it's all containerized with Docker so you can develop and run anywhere.

The only dependencies that the code takes to run are:

If you don't have Docker installed on your machine, go ahead and do that. (Read: Get Docker)

Once Docker is installed, we can get started.

From the root directory of CloudSeed, open a terminal and run:

This will kick off a Docker process which does a few things:

If the run is successful, you should see outputs from App, Web, and DB in the terminal. (This is a great place to look to see operation logs from your apps as well!)

By default, each container will be available at these ports (though you can configure these to different ports in docker-compose if you wish):

Note: On some machines Docker and localhost do not play nice. In this case, you can use host.docker.internal which is Docker's version of localhost.

I've built some health endpoints into App so it's easy to make sure things are working:

For Web -> App, we'll be going through a bit more of a manual exploration.

Now let's see what CloudSeed gives us out of the box.

Now any scalable application needs a way to verify it's working correctly. We've built out testing infra to try and mimic real-world scenarios as close as possible. To do this, there's two steps: 1) Run a local DB, 2) Run tests

First we need to run a local DB. To do this, open a terminal at CloudSeed root and run this command:

Similar to our command to run CloudSeed locally (in 2.), this command will:

This runs a local Postgres instance so we can test against real-world scenarios.

Next, we need to actually run tests against it. The tests we'll be running all hit App as that's where the core of our logic is. To run these App.Tests, open a new terminal from root and run:

Upon running, you'll see output of the test run in your terminal.

These tests hold everything from Unit Tests to full Integration Tests. There are many examples included so you can use them as a template for writing your own.

With that introduction, you have everything you need to get started testing and developing your own app on the foundations provided by CloudSeed. All of the instructions provided here are also available in CloudSeed's documentation and we're working on making more of this documentation public on the CloudSeed website.

I hope you enjoy CloudSeed as much as I enjoy building and using it. If you have any questions or run into any issues, feel free to reach out to me on Twitter or create an Issue in the GitHub repo - I'll get back to you as soon as I can.